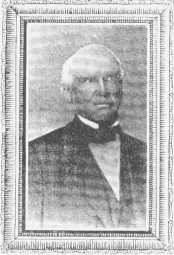 It has been suggested that the ancestors of Bedford and Christopher Boultenhouse originated in Holland and came to America via Ireland and England, although there is not definitive evidence to confirm this. Even the parents of Bedford Boultenhouse have not been identified with certainty.

Bedford Boultenhouse (born about 1762) fought with the Loyal American Regiment during the American Revolution and came to Nova Scotia as a Loyalist after the war.

He is noted on a Wilmot, NS, muster roll in 1784 and was granted 100 acres there in 1785; in neither instance do the records indicate that he had family with him. The baptisms of his two daughters, Rhonda (b. March 1785) and Phoebe (b. 1787), in July 1790 and April 1791 respectively, at Wilmot, NS, suggest that he must have taken up the land grant and lived in Wilmot for some time. Bedford’s wife’s name was Mary but her surname has not been determined. In 1791 and 1792, muster rolls at Remshag (now Wallace), NS indicate that Bedford, a carpenter, was there, but he had no family with him. It is speculated that his wife died about 1791 but this has not been confirmed.

By the time of his marriage to Charlotte Harper (b. 20 Jan. 1770, d. 25 Oct. 1836) in Sackville, New Brunswick, on 26 August 1794, Bedford was settled in Sackville Parish. Charlotte Harper was the youngest daughter of Yorkshire farmers Christopher and Elizabeth Harper who arrived, with their family, at Fort Cumberland in the spring of 1775 aboard the Ship Jenny. Bedford and Charlotte had five children:

Bedford and Charlotte lived in Wood Point, just outside Sackville, where he had a small shipyard. The New Brunswick Shipping Registers indicate that he built ships in 1824 and in 1825, although since the Registers do not begin until 1824, it is possible that he constructed vessels before that year. It is not known what business Bedford was engaged in between 1825 and his death on 14 October 1848, age 86 years. He served as a Captain in the 2nd Battalion Westmorland militia. Bedford Boultenhouse is buried in the Westcock Cemetery, Sackville, NB.

Bedford Boultenhouse’s sons were also shipbuilders. First son, John, began building ships in 1835 and built 10 vessels between that date and 1853. William began his shipbuilding career in 1828. He built 12 vessels, mostly at Wood Point, but his final one was a ship launched in 1854 at Shemogue. Bedford, son of John, first appears in the Registers in 1846 and between then and 1852 he constructed seven medium-sized vessels.

Christopher was the most prolific shipbuilder of the brothers. He built 16 vessels between 1824 and 1840, mostly at Wood Point. He may have shared a shipyard at Wood Point with his brother William and it is likely that William took it over when Christopher moved his operations to Sackville in 1840. At Sackville, Christopher established a large shipyard on the banks of the Tantramar River, close to the present day Via rail station. From that location, he built 44 vessels, the last one being in 1875. He was a prominent and respected businessman by the 1850-60s and at times employed hundreds of men in his yard.

In total the shipbuilding Boultenhouse Family constructed 94 vessels making them one of the leading shipbuilding families in the Province of New Brunswick.

Christopher Boultenhouse was married first to Rebecca Harris (b. about 1804), on 2 March 1824. They had ten children:

Christopher died on 2 December 1876 and Arabella died on 4 September 1880. They are both buried in the Westcock Cemetery, Sackville, NB.

How to donate by cheque, charitable donation tax receipts, and more →